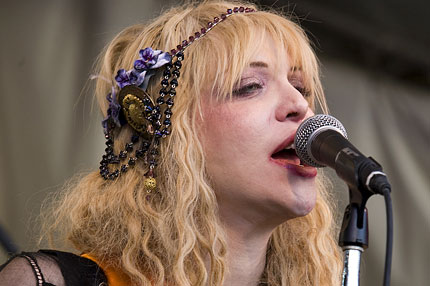 Hole’s new album, Nobody’s Daughter, won’t be released until April 27, but courtesy of SPIN and Courtney Love, you can stream the entire record right now — just click ‘like’ on Hole’s Facebook page!

Nobody’s Daughter features tracks co-written by Smashing Pumpkin Billy Corgan, and, according to SPIN’s review, blends both the “slick, spiraling guitars” of Hole’s Celebrity Skin era with the “seething imagery” of Live Through This.

And tell us what you think of the album in the comment section below!