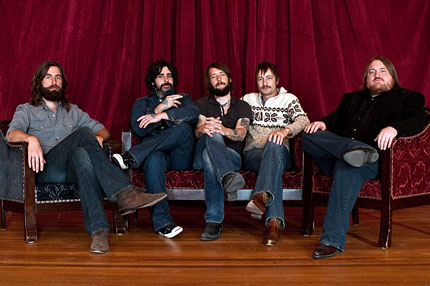 South Carolina-based rock outfit Band of Horses continue to preview the May 18 release of their third album, Infinite Arms, with a second streamable song, “Laredo.” Hear it below!

With its midtempo stroll, crunchy Southern guitar, and Ben Bridwell’s silky vocals, “Laredo” sounds like a younger cousin of “Weed Party,” from the band’s 2006 debut album, Everything All the Time.

The band is currently touring Europe, but they’ll be back in the States for a slew of tour dates in April and May, including a run supporting Pearl Jam in arenas, and wrapping up with a spot at the Sasquatch festival outside Seattle on May 31. Check the band’s official site for full tour dates.

Take a trip to “Laredo” and tell us what you think in the comments section.