Bay Area punks will play a tune from 1972's Exile on Main St.. But which one? Make your pick here! 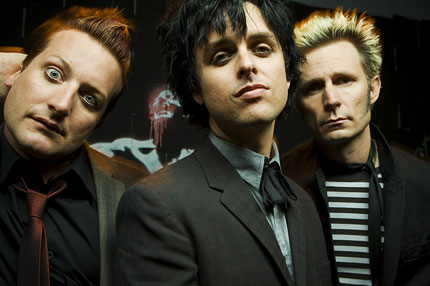 As confirmed by a tweet from Late Night and Roots drummer ?uestlove, the Bay Area-bred punk rockers will kick off a special week of live performances on the NBC show on Monday May 10. Each episode will feature artists honoring the Brit rock legends’ benchmark 1972 album, Exile on Main St., which is being reissued on May 18 with 10 previously unreleased tracks from the original sessions, plus other goodies. Keith Urban (May 11), Sheryl Crow (May 12), and Phish (May 13), who covered the entirety of Exile at a special Halloween show, are also set to perform covers later in the week.

According to Billboard, the series of performances will lead up to a special show on Friday, which will feature the premiere of excerpts from Stones in Exile, a documentary about the band and the creation of Exile on Main St.

Fallon has also promised additional special surprise guests, but is remaining silent on the details… except for one little hint: “The other person that might be here rhymes with Keith Richards. But I can’t say his name.” Watch Fallon’s promo clip below.

No word yet on which Exile track Green Day will perform. But our pick is “Ventilator Blues,” a slinky Southern jam that would find Billie Joe and Co. way outside their musical norm. Which Exile song do you want Green Day to play? “Rocks Off”? “Tumbling Dice”? “”Shine a Light”? Tell us in the comment section below.