Jack White loves 'em. Find out why by downloading their new single! 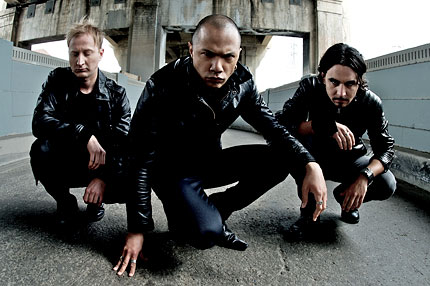 Jack White’s a fan — and the Raconteurs have even covered one of their songs. Now, see for yourself why Toronto’s Danko Jones, unsung heroes of the late-’90s garage rock revival, are so beloved by downloading their new single, “Full of Regret,” below!

The song, off the forthcoming Below the Belt (out May 18), is monstrous and catchy, punctuated by massive bass lines and crunchy wall-of-sound guitar. Over this, frontman Danko Jones (yes, both the band and frontman share the same name) unleashes a corker of a chorus: “Regrets, I’ve had mine / Lonely nights and a whole lot of wasted time.”

Below the Belt follows Danko’s 2008 release, Never Too Loud. Since then, the band has shared the stage with Motorhead and opened for Guns N’ Roses’ Canadian tour. They’re currently supporting Clutch through April 18 on their U.S. tour — click here for dates.