Meet these quirky Norwegians who are beloved by David Byrne, and bound for Lilith Fair. 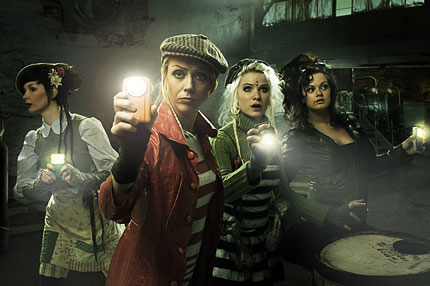 Norwegian all-girl group Katzenjammer can’t stick to just one musical genre. The eclectic, multi-instrumentalists fuse everything from folk/country to gypsy rock-pop on their debut album, Le Pop, out in the U.S. on June 29, and you can listen to new single “Tea With Cinnamon” below!

The four women — Solveig Heilo, Anne Marit Bergheim, Turid Jørgensen and Marianne Sveen — first caught SPIN’s attention when they were hand-picked by David Byrne for his own artist-curated stage at the Bonnaroo music festival in 2009 — read more here.

Catch the spectacle live when Katzenjammer hits the road this summer, including a slot at Lilith Fair alongside artists like Tegan and Sara, Metric, and Sia. See the fest’s site for dates.

Listen to “Tea With Cinnamon” and let us know what you think of Katzenjammer in the comment section below.