The band performs a stripped-down version of "Country Disappeared" in Montreal. 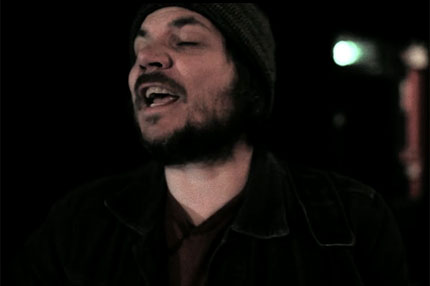 Wilco is known for rocking out onstage, but the band also has a softer side. The Chicago group has just premiered a stripped-down video performance of their song “Country Disappeared” as part of French music site La Blogothèque’s popular Take-Away Shows, which highlight unrehearsed live performances by popular rockers. Check out Wilco’s video below.

The clip of “Country Disappeared,” a track off Wilco’s 2009 SPIN-approved LP Wilco (the album), shows the sextet performing in a hallway backstage at Montreal’s Olympia Theater, surrounded by red lamps strewn among the band’s amps and instruments. The intimate setting showcases the understated beauty of singer Jeff Tweedy’s voice and guitarist Nels Cline’s subtle guitar work — without the usual distractions of a noisy crowd.

The site editor seems surprised that Wilco agreed to tape the song. “Sometimes we tell ourselves that no, the band is too famous, too important, that their label would never let them do a Take-Away Show,” he writes on La Blog. But Wilco, never one to turn down an impromptu performance (check out Tweedy’s bedroom jam with his son), joined such previous Take-Away Show participants as Fleet Foxes, Phoenix, and Yeasayer. Check out La Blog’s website to see these performances.

Tell us what you think of Wilco’s video in the comment section.