As we remember the late Mark Linkous, we revisit this four-song set, filmed in February 2007. 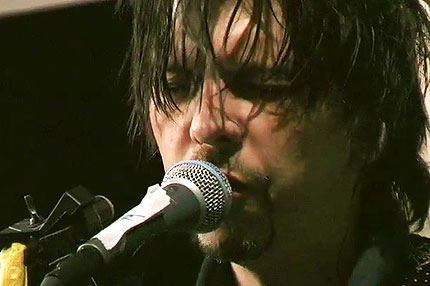 The music world lost Mark Linkous — better known by his recording moniker, Sparklehorse — after he took his own life Saturday, March 6. Here at SPIN, we were honored to have Mark as a guest in our in-office concert series, SPINhouse Live, back in February 2007. Despite a tough case of the flu, Linkous and his band played a four-song set for a packed room in our old uptown offices.

Check out video and photos from that performance below — we’ll be remembering Mark Linkous this way, sharing his heartfelt music with an audience, as the news of his tragic death unfolds.

Cheers from showgoers huddling on the stairs for a better view

Please don’t take his sunshine away