Under the Influence: Stars Grill Their Idols 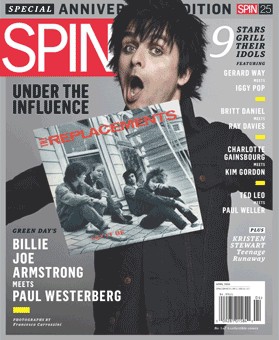 Rock stars get all the perks. But sometimes even they don’t get the chance to compare notes with their greatest influences without a little help. As part of our 25th Anniversary year, we connected some of today’s biggest names with their idols — here are the results.

ALISON GOLDFRAPP MEETS DEBBIE HARRY
The electro diva and the face of Blondie trade quips on sex, style, and the death of mystery.
READ MORE >>