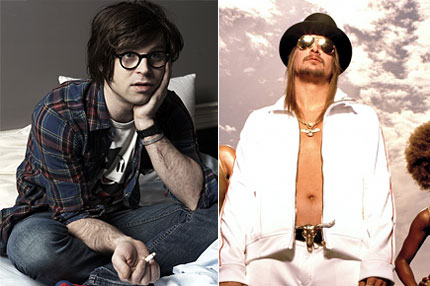 Here are some of the weirdest stories we found on the web this week:

–While under oath, Kid Rock admits he has zero fans in Los Angeles. That’s the truth, the whole truth, and nothing but the truth — so help me god! [LA Weekly]

–A pizza shop in Greensborro, NC, celebrates native son Ryan Adams with its menu. Expect these pies to be drunk, prolific, and to never to play songs off of Rock N Roll. [Sticks and Stones Clay Oven]