The metal band's gig in Bogota, Columbia, ends in disaster. 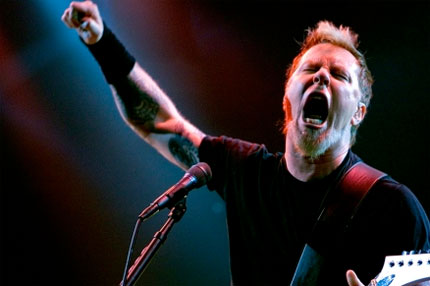 South American fans have rioted at a Metallica concert for the second time in less than two months.

The band’s gig in Bogota, Colombia, Wednesday ended in over 160 arrests after a swarm of ticketless fans tried to barge their way into the sold-out Simon Bolivar Park, where the metal band was performing in the country for the first time in 11 years. In January, a similar riot broke out in Chile, resulting in hundred of arrests.

According to reports from the Bogota media, 60,000 ticket-holding Metallica fans rocked out peacefully inside the venue, while the scene outside was chaotic, with rioters trashing windows and street signs — and even dismantling a wall in order to use the bricks as ammunition against police.

Rumors of fans crashing the gig had circulated on Facebook prior to the concert, prompting 1,500 officers to show up at the event. When events turned violent, officers used water hoses and tear bombs to stop the riot, but eight people — including four police officers — were injured during the clash.