Billy Corgan prescribes a sonic Ambien with "A Stitch in Time." 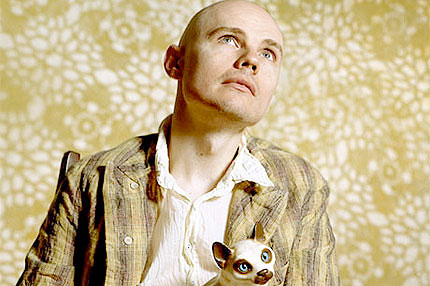 Billy Corgan’s winning streak has come to an end.

Corgan just released the third single from Smashing Pumpkins’ upcoming 44-song album, Teargarden by Kaleidyscope, and unlike the two tracks before it — “A Song for a Son” and “Widow Wake My Mind” — “A Stitch in Time” is, well, total snoreville… zzzzzzzzz.

It’s an acoustic guitar-driven tune with layers of synth melodies, sitar riffs, and gliding electric guitar. While the instrumentation deserves quiet applause, the songwriting doesn’t — not much happens. The tune has little dynamic and flows by without consequence. Paired with Corgan’s cliched lyrics about a demanding world — “You’re everywhere at once and you can’t break free / Don’t say you’ve had enough / There’s somewhere I’ve just got to be” — the tune isn’t convincing. But, hey, it’s sort of pretty… in that I-could-totally-sleep-to-this kind of way.

Agree? Disagree? Listen to the track below, then tell us what you think in the comment section below.

Smashing Pumpkins, “A Stitch in Time”