SPIN's 2009 Rapper of the Year drops "Over," the first proper single from his forthcoming debut album, Thank Me Later. 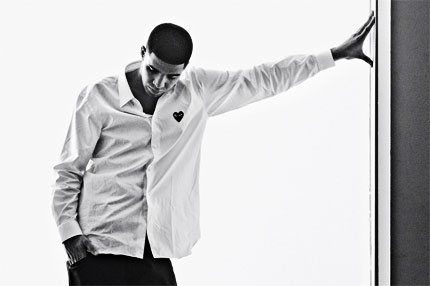 His debut album isn’t set for release until late May, but Canadian MC — and SPIN’s 2009 Rapper of the Year — Drake is already lamenting the spoils of stardom. That’s the lyrical vibe on “Over,” the first official single from the ex-Degrassi star’s forthcoming Thank Me Later. Listen here:Drake, “Over”

“I know way too many people here right now / That I didn’t know last year, who the fuck are y’all?” Drake sings, slightly Auto-Tuned, in the hook. “But I just can’t remember it all / What am I doin’?” Later, over a track laced with rich synth strings and a smidge of guitar riffage, the 23-year-old ponders: “Man, they treat me like a legend / Am I really this cold? / I’m really too young to be feelin’ this old.”

Kinda, um, emo for hip-hop? Don’t worry — Drake counterbalances the self-doubt with plenty of hefty boasting: “I really can’t see the end getting any closer / But I prolly still be the man when everything is over / So I’m riding through the city with my high beams on / Can you see me? Can you see me? Get your Visine on!”

Drake continues to ride a hot streak that’s included a a Kanye-directed video and the release of “Forever,” his collabo with Kanye, Lil Wayne, and Eminem, that SPIN’s Charles Aaron called “naggingly infectious” in August. In February, Drake took the stage with that same trio on the Grammy Awards stage, dropping one of the hottest performances of the night.

What do you think of “Over”? Is Drake still the next big thing? Sound off below.