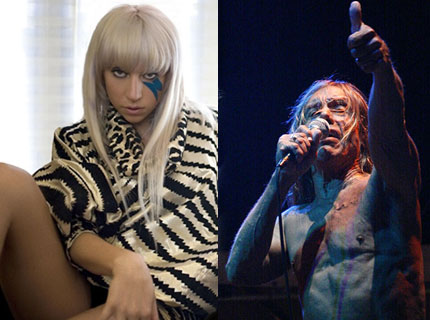 Here are some of the weirdest web stories we’ve seen this week:

–“Wall of Sound” creator and California inmate Phil Spector gets his front teeth knocked out for dissing a fellow prisoner. Spector commented, “I really miss my pistol.” [NY Daily News]

–Lady Gaga’s ex-BF is suing her for $30 million, claiming he wrote her songs. However, he claimed zero responsibility for her outfits. “Those are ugly, man.” Dis! [CNN]

–A nonsmoking organization attempts to prosecute Gorillaz frontman Damon Albarn for smoking onstage in England. His response: “But it was the cartoon me!” [Portsmouth Today]

–Canada is attempting to break the World Record for the most guitars played at once. Toronto collective Broken Social Scene are seeking new members and preparing to defend their crown. [Break The Guitar Record]

–Right Said Fred, the group behind ’90s dance hit “I’m Too Sexy,” just booked a gig at a London rugby game. That’s sure to please all those blokes looking for someone to punch. [NME]