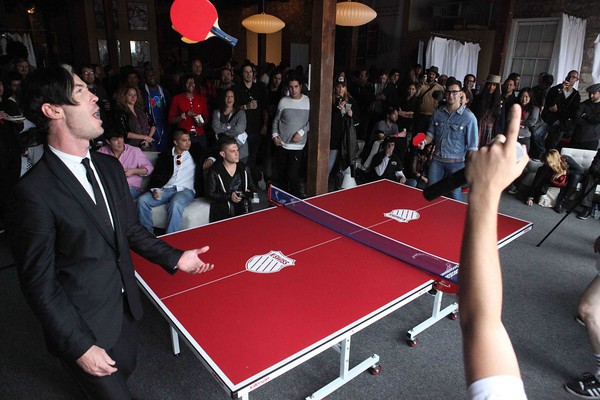 In addition, K-Swiss sponsored a spirited ping-pong match, hosted by Chris Goldteeth and Lord Easy between the xx, Suckers, Steel Train, Fitz and the Tantrums, singers VV Brown and Sydney Wayser, plus comedians Margaret Cho and Kevin Avery. The prize? $500 for the charity of the winner’s choice. The contestants took the competition to heart and the match ended with Brian Aiken from Suckers competing against the xx’s tour manager, Ethan Silverman, in the final round.

Silverman won and, together with the band, decided to donate the winnings to Amnesty International. Fitz and the Tantrums were the lucky winners of the random ‘Wildcard’ drawing; they donated their $250 in winnings to W.O.R.K.S (Women Organizing Resources, Knowledge, and Services).

Plus, watch a video of the match!