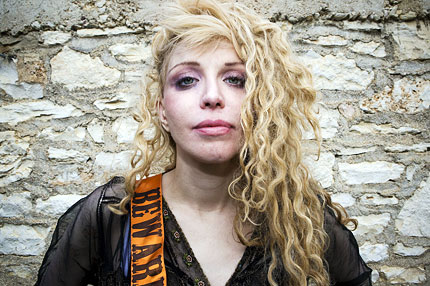 Love — who also released the album’s tracklist (see below) — is on the cover of SPIN’s March issue. And Hole played their first U.S. gig in more than a decade at SPIN’s party at Stubb’s BBQ in Austin, Texas, for SXSW last week. Read a full review here and see photos from the gig here.

“One time, Frances [Bean, her daughter with Kurt Cobain] was being mean and said, ‘What are you going to do if the record fails?'” Love told SPIN’s Phoebe Reilly, “‘Well, Frances, it can’t fail because I love it, and I’ve worked really hard to make sure that I love it.'”