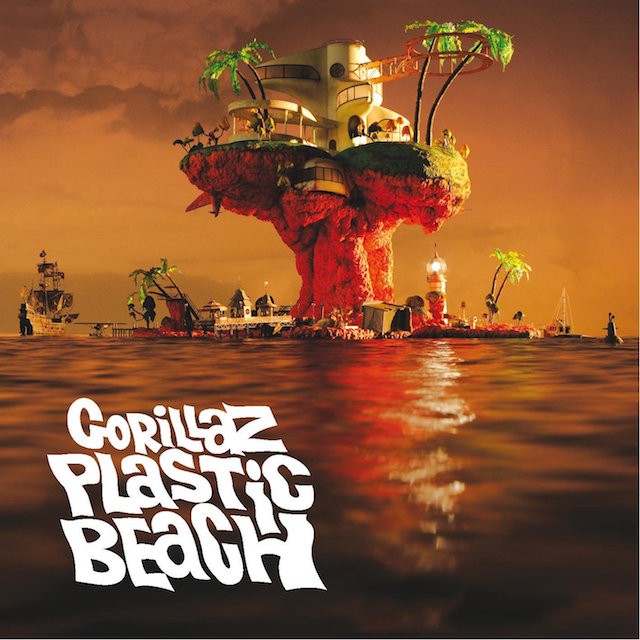 Damon Albarn claims the concept for the third Gorillaz album came to him while watching people and animals forage through a Malian garbage dump. Indeed, most every one of these lazy, hazy burbling bangers evokes the life cycle of human waste (shrink-wrap, microwaves, money). But the real reusable materials here are actual humans — i.e., more cameos than you can shake a banana at — which Albarn recycles and filters through his gears like old aluminum.

ShareThere’s Snoop Dogg mumbling about the end of the world on the minimalist dub-funk rumbler “Welcome to the World of the Plastic Beach,” Lou Reed rapping, “Well, me, I like plastics…” over music-hall bounce on “Some Kind of Nature,” punk brick-chucker Mark E. Smith asking for directions against the industrial grind of “Glitter Freeze.” On the first single, “Stylo,” husky soul great Bobby Womack and Mos Def testify about something or other over Planet Rock robo-funk that suggests they wrote their bits while tuning up the flux capacitor.

It’s a jumble. But Albarn’s love of “Waterloo Sunset” poignancy adds emotional weight. No surprise then that album closer “Cloud of Unknowing” fades in and out with the sound of something natural — seagulls (reportedly recorded at a landfill!) and Womack sounding like a forlorn country singer as he stares up at the satellite sky, “waiting to see what the morning will bring.”