Dave Grohl and Butch Vig will reunite for the first time since 1991's Nevermind. 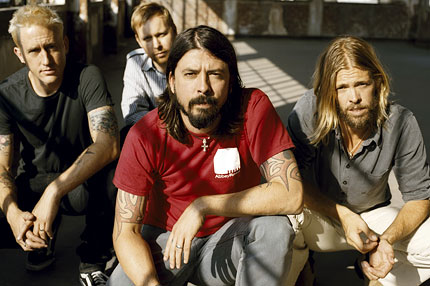 Dave Grohl is going back to the source.

The Foo Fighters frontman — and former Nirvana drummer — will reunite with producer Butch Vig for the band’s seventh studio album set to begin recording this fall, the BBC reports. This will be the first time Grohl and Vig have worked together since Nirvana’s iconic 1991 album Nevermind.

“There’s something that Butch does that helps a song become a bigger song. At this point I just want to rock,” Grohl said.

The guys are moving in a new direction after their 2007 album Echoes, Silence, Patience and Grace: “To me it’s about switching up the process; we’ve been using pro tools and all that computer stuff the last couple of records,” Grohl said. “We’re putting that stuff in the closet and getting our old tape machines out so that we can just do it like we used to do it.”

Lately, the members of Foo Fighters have been busy with other musical projects. Grohl — along with Led Zeppelin’s John Paul Jones and Queens of the Stone Age’s Josh Homme — is currently touring Europe as Them Crooked Vultures, behind the supergroup’s SPIN-approved self-titled debut. And the guys say they have more new material in the works!

Tell us what you think about the Grohl/Vig reunion in the comment section below.