Foo Fighters Plan for Next Album

Dave Grohl and Co. will start recording in September. 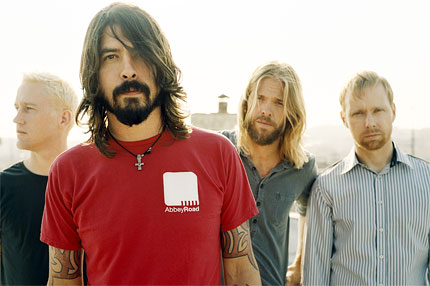 While he continues to tour the world behind the drum kit of supergroup Them Crooked Vultures, Dave Grohl is making plans to record a new album with Foo Fighters this fall.

“Foo Fighters have just started writing and we’re going to start recording in September, so life is full of music,” Grohl told BBC 6 Music. The next Foo Fighters album would be their seventh, and first since 2007’s Echoes, Silence, Patience and Grace.

In the meantime, Grohl is busy with the Them Crooked Vultures’ tour, including a March 22 cancer benefit gig in London organized by the Who’s Roger Daltrey, and a performance at April’s Coachella festival in Indio, California.

The Vultures, whose lineup is rounded out by Queens of the Stone Age singer-guitarist Josh Homme and Led Zeppelin bassist John Paul Jones, are booked for a smattering of U.S. one-offs and festivals in Europe and Asia through early August.

Grohl also told the BBC that he’s already writing new music with Them Crooked Vultures — in December, he said he could see himself doing many more albums with them — and, given that band’s success with their self-titled debut and their live appearances, Grohl should find himself doing some serious multi-tasking in the coming months.