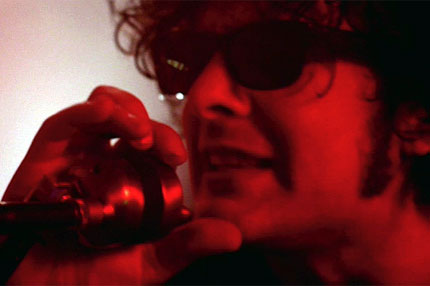 SPIN.com has the exclusive debut of San Francisco rockers Black Rebel Motorcycle Club’s new video for “Beat the Devil’s Tattoo,” the title track from their SPIN-approved new album. And — guess what? — the video lives up to the song’s ominous title. Watch below.

The band of leather-clad bad-asses take a ride in an old-school van, smoke a carton of cigs (presumably full flavor for extra grit), and rock out in a packed nightclub, as the song’s stomping beat, tambourine, and bluesy guitar lend a dark yet catchy melody to the mysterious vibe.

BRMC enjoy exploring their dark side: they contributed a new song, “Done All Wrong,” to the soundtrack for 2009’s vampire flick New Moon.

Tell us what you think of the video in the comment section below.