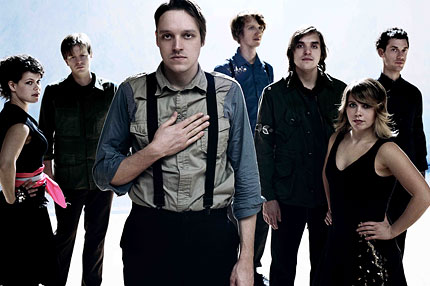 The band last performed at Barack Obama’s inauguration in January ’09 — watch video here — and hasn’t played proper tour dates since early 2008, when they did select shows in Japan and two gigs supporting Obama on the campaign trail in Ohio.

As recently as December, Arcade Fire appeared on track to release their third, as-yet-untitled album in May, with a single preceding it in early 2010, but now the band is targeting a late-summer release. The album is being produced by Markus Dravs, who engineered Neon Bible, SPIN’s No. 2 album of 2007.