WATCH: Strokes Recording in the Studio!

Go behind the scenes as the boys track a new song and goof off! 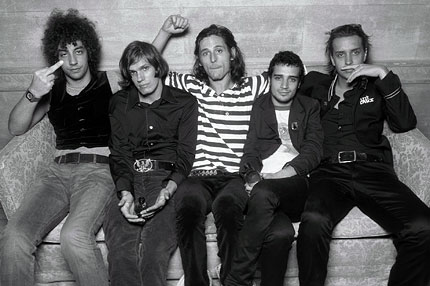 The Strokes are currently in New York’s Avatar Studios recording their fourth studio album with producer Joe Chiccarelli (White Stripes, Shins) for release this September — and Friday, as promised, the band released the first installment of a new video series documenting the process! Watch below.

In the nine-minute clip, the boys — except singer Julian Casablancas, who is absent — record a new track called “Taken for a Fool” and get down to plenty of other shenanigans: playing Scrabble, writing a joke song about bassist Nikolai Fraiture busting a piece of recording equipment, and generally just goofing off.