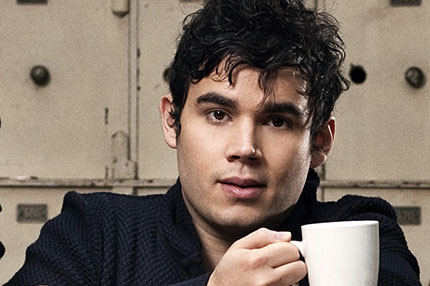 Vampire Weekend guitarist, keyboardist, and producer Rostam Batmanglij has opened up about how his homosexuality has affected his music, including the New York band’s chart-topping new album Contra.

As pointed out by Perez Hilton, the Ivy Leaguer recently spoke to Out Magazine about “Diplomat’s Son,” a track from Contra featuring the lyrics, “That night I smoked a joint / With my best friend / We found ourselves in bed / When I woke up he was gone.” Batmanglij described the track as “a six-minute dancehall song about a gay relationship.”

He also discussed Discovery, his side project with Ra Ra Riot’s Wes Miles, and the song “I Wanna Be Your Boyfriend” from their 2009 debut, LP. “I was disappointed when it didn’t become a gay anthem,” said Batmanglij, “but, you know, it’s not too late.”

Vampire Weekend have certainly been keeping things interesting lately. In the past month the former SPIN cover boys unveiled a cover of Rancid’s “Ruby Soho,” and released a video for their track “Giving Up the Gun,” featuring the unexpected cast of RZA, Lil Jon, Joe Jonas, and Jake Gyllenhaal.

Vampire Weekend are currently on tour and will rock Saturday Night Live on March 6 with host Zack Galifianakis.