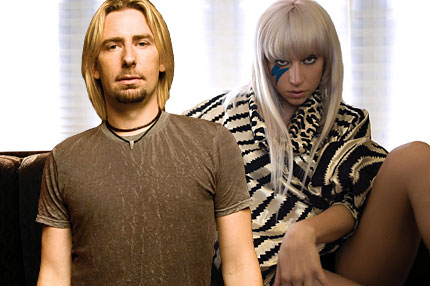 Here are some of the weirdest stories we found on the web this week:

–The rumors are true: Lady Gaga has a penis. Well, sort of. [The Sun]

–Which has more Facebook friends: Nickelback or a pickle? The pickle. Because most fans of the Canadian radio rockers have never even heard of computers. [MTV]

–My So-Called Life’s Angela Chase (a.k.a. Claire Danes) and Jordan Catalano (a.k.a. Jared Leto) reunite for the first time in 15 years… to discuss their so-called careers. [NyMag]

–Before his untimely death, John Hughes wrote a script inspired by the Cure song “Love Cats.” Wow, we would love to see Molly Ringwald dance to that. [Vanity Fair]

–These two members of Dan Deacon’s backing band may have a career in acting — they faked a case involving a dead cat on Judge Judy (and fooled almost everyone!) [Jezebel]

–Attention turbo-geeky audiophiles: Your Pink Floyd vinyl collection looks as trippy under an electron microscope as it sounds through your huge headphones. [Synthgear]