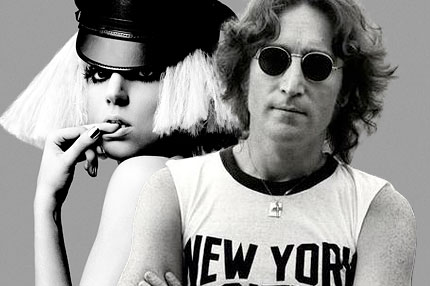 Listen to 10 songs about the winter Olympic sport of curling. Surprisingly, they are not all by Canadian bands. [Chart Attack]

Madonna is planning to direct a new biopic about King Edward VIII, the reckless womanizer who married an American divorcee. Take that, Guy Ritchie. [EW]

Lady Gaga is designing a new line of condoms, bringing whole new meaning to the nickname she gave her fans: “Little Monsters.” [MTV]

Brooklyn is getting a Michael Jackson-themed subway stop. Because nothing says “commute” like a diamond-encrusted glove. [New York Post]