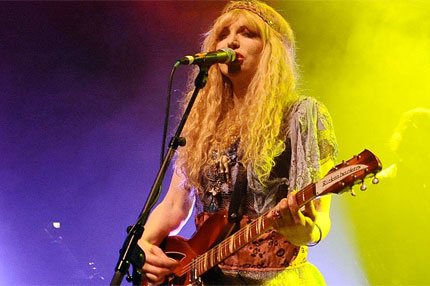 After a triumphant return to the stage this week in London, Courtney Love and Hole will play their first U.S. show in more than a decade at SPIN’s annual bash at Stubb’s BBQ in Austin, Texas, on Friday, March 19.

Nobody’s Daughter, the first Hole album since 1998’s Celebrity Skin, was just picked up by Mercury/Island Def Jam for an April 27 release, and Love graces the cover of SPIN’s March issue, hitting newsstands next week.

On the indoor stage, Philly rockers Free Energy (also on the 10 to Watch list) and Austin’s own power popsters Harlem join Goons of Doom and Audible Mainframe.

WIN TICKETS TO THE PARTY! Click here for three ways to snag passes!