She & Him, Cold War Kids also work with kids on charity album. Click here for details! 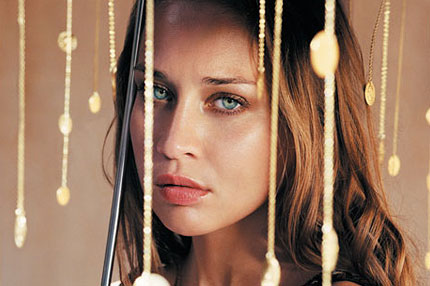 Fiona Apple will release her first new recording in five years on an upcoming benefit album. The catch: Her song was written by Los Angeles music students participating in a songwriting program coordinated by 826LA, a Los Angeles-based non-profit organization.

She & Him, Cold War Kids, and Crystal Antlers are also among the artists who have lent their skills to the Chickens in Love, a benefit album for 826LA, due out on April 20.

The compilation features songs written by students aged 7-13 who participated in “Songwriting with the Submarines,” a music composition workshop led by John Dragonetti and Blake Hazard of L.A. indie-pop group the Submarines — now renowned for their 2008 single “You Me & the Bourgeoisie,” which was the soundtrack to a massive Apple iPhone campaign.

The Chickens in Love album can be pre-ordered here.

In addition to the album, a mini music festival, featuring the Submarines, the Happy Hollows, the Growlers, and Summer Darling, will take place on March 6 at the Echoplex in L.A. Tickets are available here, and proceeds also benefit 826LA.

Watch a clip of Fiona jamming with some students below, and click here to see more video of the student songwriters here.