London-based duo UNKLE, renowned for melding the sounds of rock’n’roll with electronic beats for the past 15 years, will return with a brand new album, Where Did the Night Fall, this May. Hear an exclusive track from the album below — it’s called “Natural Selection,” and features vocal and musical contributions from Texas psychedelic rockers the Black Angels.

Like UNKLE’s three previous albums — which included guest spots from Radiohead’s Thom Yorke, the Verve’s Richard Ashcroft, Queens of the Stone Age rocker Josh Homme, and the Cult’s Ian Astbury, among others — Where Did the Night Fall also has a hot roster of rocker collabos, including Mark Lanegan, Sleepy Sun, Autolux, and many more.

The Black Angels were already on the radar of UNKLE’s James Lavelle, but a collaborative session on the visuals for his 2007 album War Stories pushed things forward. “It really came about when we were working on album artwork with an artist called Raf who kept playing their records that day, and they really got inside my head,” Lavelle tells SPIN.com. “After that, I could not stop playing them and so me and Pablo [Clements, Lavelle’s UNKLE partner] thought it would be great to try and work with them.”

The opportunity to work with UNKLE was totally stunning to Black Angels multi-instrumentalist Kyle Hunt. “We were told that James was a big fan of our band, and I remember showing my wife UNKLE’s MySpace page and telling her how rad it would be to collaborate with them for a song,” Hunt tells SPIN.com. “A few days later I woke up to an e-mail titled ‘UNKLE’ and nearly shit myself.” 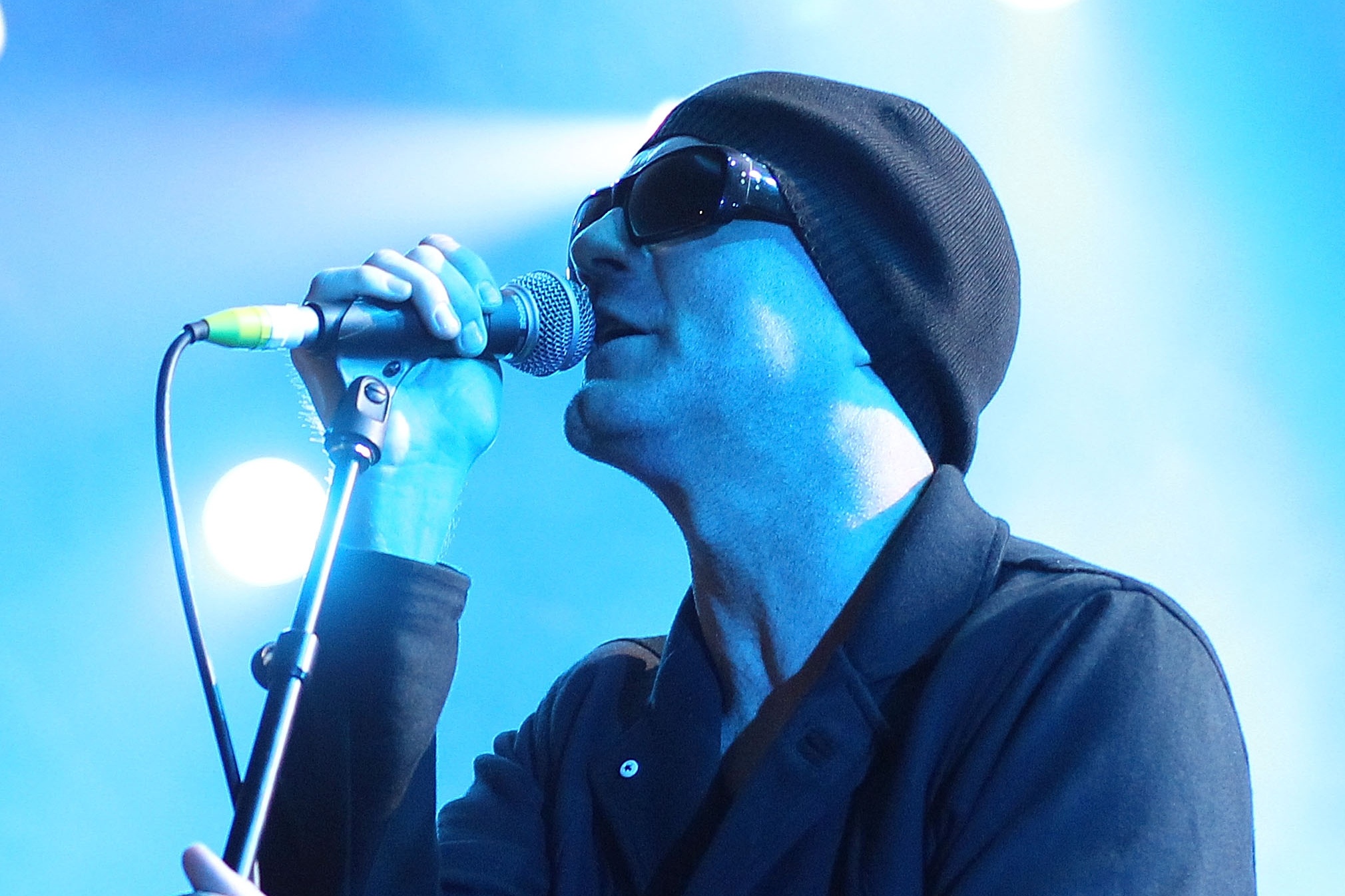 The two bands spent about a week sending mixes back and forth via the internet until they nailed a final cut. “It was really refreshing because we all just hung out and came up with parts and layered sounds over the tracks they sent us,” Hunt says. “There was no pressure because we didn’t go into a proper studio with the clock ticking and the dollars adding up.”

Working with Lanegan — the gravelly voice behind Screaming Trees, the Gutter Twins, and numerous solo albums — was a big thrill for Lavelle, even after failing to rope in the singer for War Stories: “It has been a dream of mine to work with Lanegan. I re-approached him for this record and sent him some ideas. He came back with a song for one of the tracks and the rest is history.I think what we have made is truly magic!”

Listen to UNKLE and the Black Angels on “Natural Selection” here — tell us what you think in the comments section below! The track will be available for download via unkle.com starting Friday, February 12 at 11 A.M. EST.