Band's 2009 show in Brooklyn featuring Grizzly Bear and Feist among those available. Click here for details. 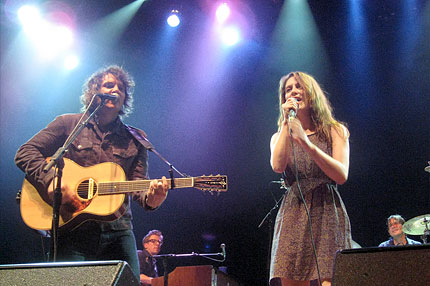 Chicago rockers Wilco have joined a slew of artists offering aid to earthquake victims in Haiti by releasing two live concerts for download via their website, and suggesting fans contribute a minimum $15 donation in exchange for the music.

The August 2009 SPIN cover stars have encouraged those donations go to Oxfam or Doctors Without Borders.

The band’s July 2009 show at Brooklyn’s Keyspan Park — with featured guest appearances by with Grizzly Bear, Feist, and Yo La Tengo –is one of the two concerts offered. The standout setlist leaned on tracks from their latest album, Wilco (the album). A November gig recorded in London is also up for sale.

To download the Wilco shows, and help a good cause, head to Wilcoworld.