Plus: The frontman and his band prep for their first gig since the December accident. 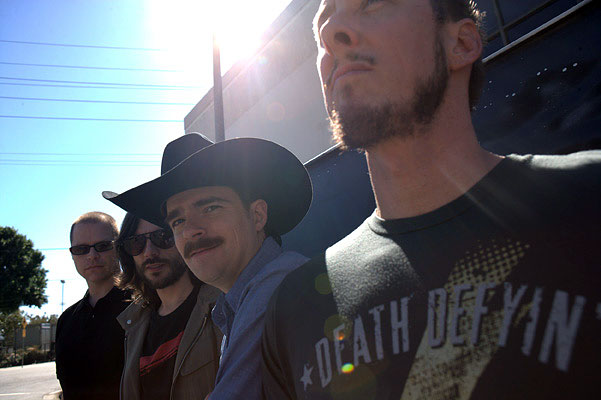 After a month of recovery following a December tour bus crash in upstate New York, Weezer frontman Rivers Cuomo has been given a clean bill of health. The 40-year-old singer-guitarist sustained five cracked ribs and internal bleeding from the wreck, which sent his bus through a highway guardrail and into a ditch 10 feet below.

According to a post on the band’s MySpace page, Cuomo’s assistant, Sarah Kim, is also on the road to recovery.

The nerd rockers’ first gig since the accident is set for Jan. 20 at Florida State University, whose student body earned the appearance via a contest.

Weezer has some goodies in store for the rest of us, too. A new single off Raditude, the band’s 2009 album, will be released soon, and then there’s a deluxe edition of Pinkerton and a new album of previously unreleased rarities that are tentatively scheduled to hit stores this spring.

Bonus: Weezer are also recording a cover song for Shrek 4!