The California-based quartet suns themselves by the Pacific in their clip for "Audience." 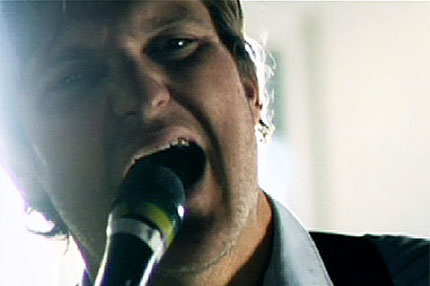 Considering that most of the country is freezing through winter, the new video from Long Beach, CA, indie rockers Cold War Kids is a big tease. The clip for “Audience,” off the recently released Behave Yourself EP, shows off all four guys spending a sunny California day lounging by the Pacific Ocean with their respective real-life girlfriends, with miles of sand and palm trees in the distance.

Directed by Vern Moen, the clip is mostly shot on a sailboat out at sea, where the couples engage in a few vague conversations about photographs, records, and Erykah Badu — all subtitled so we can follow along while listening to the song’s bouncing piano lines and frontman Nathan Willet’s lyrics about an audience of one.

Yet despite the gorgeous locale, the girls seem less-than-pleased with their beaus, who later take off for a guys-only swim. Check out the video below and see if you can figure out what the Cold War Kids did to warrant such exasperated eye rolls.