Hear Contra via MySpace a week before its release. 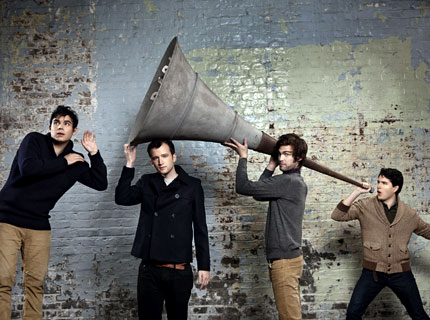 Vampire Weekend’s hotly-anticipated sophomore set is no longer under wraps. The band posted a stream of the entire album on MySpace today, a week prior to its January 12 release.

Contra, which earned a four-out-of-five star review in SPIN, picks up where 2008’s self-titled debut left off — deeply awash in African-esque guitar riffs. But it’s got an air of mystery, too: As SPIN reviewer Jon Dolan writes, “It’s Death Cab for Cutie’s transitory romanticism grafted onto the lives of first-year Swiss debt arbitrageurs and junior CIA spooks.”

Head over to the band’s MySpace page to hear Contra right now.

Vampire Weekend will play four U.S. shows this month — one in L.A. on January 12, and three in NYC from January 17-19 — to celebrate the album’s release before heading out on a European tour in February.