At the band's first concert there in a decade, 2,000 ticketless fans rush the gates, and 120 were arrested. 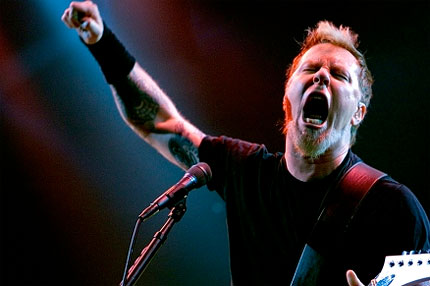 Over a hundred metal-starved fans were arrested in Santiago, Chile, Tuesday night after 2,000 ticketless people attempted to crash the gates at a Metallica concert. The show was the metal gods’ first in Chile in 10 years, and drew a paying crowd of 55,000 to the Club Hípico horse-racing track.

While concertgoers rocked out inside the venue, a swarm of people intent on gaining entrance trashed the streets and clashed with Carabineros, the Chilean militarized police, who doused the rioters with water and made arrests for drug possession, disorderly conduct, and public drunkenness. One police officer was injured in the process.

Chilean newspaper El Mercurio reported the scene inside the venue was fairly peaceful, with even a 76-year-old grandma in attendance. Metallica headed to Argentina after the show and are currently wrapping up the South American leg of their tour in Brazil before heading to Central America and then Europe.

This isn’t the first time Metallica has been connected to fan aggression. In 1992, Metallica and Guns N’ Roses played a disastrous show in Montreal, where both sets were cut short — Metallica’s because of second-degree burns sustained by James Hetfield due to a faulty pyrotechnic effect, and Guns N’ Roses’ because of problems with Axl Rose’s voice. Angry fans at Olympic Stadium set off fires, smashed windows, destroyed seats, and looted a souvenir shop in response.

For more on the Chile riots, check out this local newscast — in Spanish.