EXCLUSIVE: Led Zep + Pink Floyd = a new song from this DC trio's most ambitious release yet. 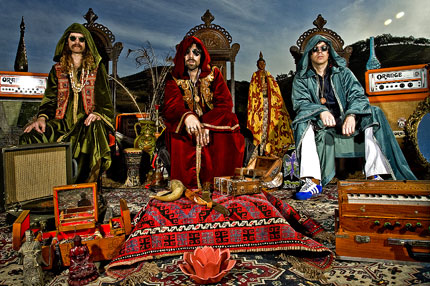 What pops out when Led Zeppelin and Pink Floyd shack up and have a hippie love-child? Washington, DC, trio Dead Meadow. And after 12 years and five albums, the band is preparing to release their most ambitious album yet.

This March, the psych-rock band will drop Three Kings, a full-length concert movie and accompanying soundtrack. Below, listen to an exclusive stream of album cut “To the One.”

So, SPIN readers, what do you think of the new track? Tell us what you think in the comment section below.

LISTEN: Dead Meadow, “To the One”