LISTEN: The Brit troubadour plays "(You're the) Devil in Disguise" to celebrate the King's 75th birthday. 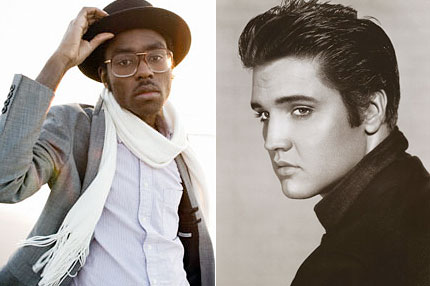 Today would have been the 75th birthday of Elvis Presley. To pay his respects, Brit singer/songwriter Lightspeed Champion, a.k.a. Devonté Hynes, has covered the King’s 1963 hit “(You’re the) Devil in Disguise.” Listen below.

The song — a special online-only release — finds Hynes playing it true to the original, summoning his low-register baritone while a crack country/rockabilly band stirs a hip-twisting sock-hop with slide electric guitar, snappy drums rolls, and some rather awesome backing vocals.

It’s a fun listen — and prime example of just how far the King’s influence reaches.

Tell us what you think of the song in the comment section below. Lightspeed Champion’s new album, Life is Sweet! Nice to Meet You, drops Feb. 16 via Domino.