Plus: a Wu-Tang and Beatles mash-up, a sober Keef, and more Web Weirdness. 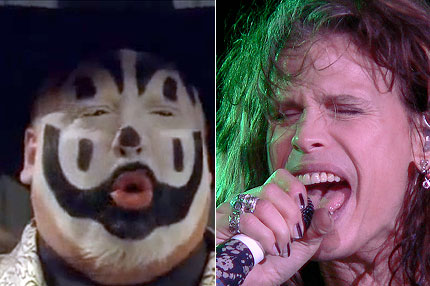 Insane Clown Posse have released the trailer for their new, WTF-worthy country and western movie, Big Money Rustlas. There’s a new sheriff in town … and he’s a drunken clown with a six-shooter! [Slash Films]

Axl Rose vs. Slash, the battle continues. All Slash-related T-shirts, top hats, or Jack Daniels bottles have been banned from GNR concerts — the memories are just too painful. [TMZ]

And the award for best tribute band name goes to… Sack Blabbath! [Spinner]