Seattle band will cover Simple Minds' "Don't You (Forget About Me)" on the Critics' Movie Choice Awards. 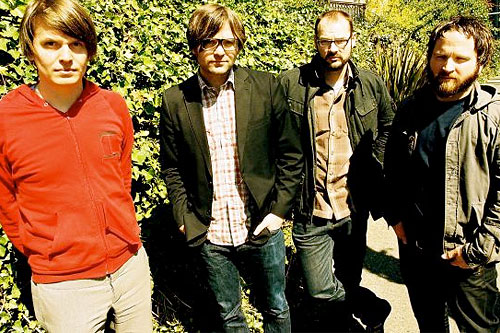 Seattle rockers Death Cab for Cutie will perform on Friday night’s Critics’ Choice Movie Awards as part of a tribute to filmmaker John Hughes, who passed away in August at age 59. The broadcast airs tonight at 9 P.M. EST/PST on VH1.

During the show, Death Cab will cover Simple Minds’ classic, “Don’t You (Forget About Me),” made immortal by its inclusion in the closing scene of one of Hughes’ best films, 1985’s The Breakfast Club. Actors John Krasinski (The Office) and Amy Poehler (Parks & Recreation) will also take part in the Hughes tribute.

“We are truly proud to help pay tribute to the late John Hughes,” said Death Cab bassist Nick Harmer. “His films were important waypoints for us to use as we navigated the uncertain waters of growing up and even now still give us so much perspective, insight and laughter about those uncomfortable years.”

The show will also feature performances by Nick Jonas and the Administration, and recent Glee guest star Kristin Chenoweth will host.