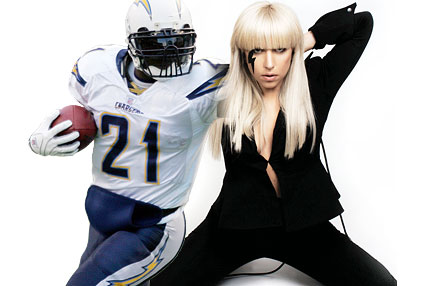 Why just eat slaughtered baby calves when you can dance around in veal shoes, like Mika? [The Sun]

Which is creepier: Charles Barkley as Alicia Keys, or the soul songstress booty-calling Andy Samberg’s nerdiest character yet? [Daily Swarm]

After a decade as New York indie rock icons, Blonde Redhead realize that the only way they can get any cooler is via Dungeons & Dragons. [Playlist]

Giving in to the temptation that is plaid pants, Kings of Leon put their new album on hold to play more golf. [The Sun]

UK design company Gemstone Creative is selling a diamond-encrusted mosaic of Jay-Z for a cool $1 million, proving that even in a global economic meltdown there still need to be rich assholes. [Missinfo]