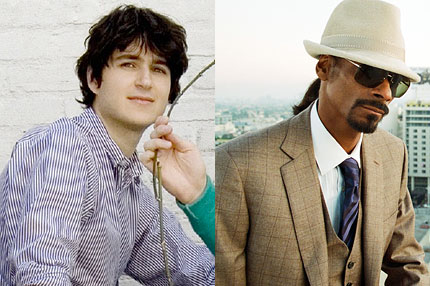 Here’s some of the weirdest news to hit the web this week:

Michael Jackson’s DNA has been used to make a new perfume … um, because who doesn’t want to attract psychotic doctors, chimpanzees, and money-hungry relatives? [TG Daily]

Evidence Pete Doherty has officially smoked too much crack: The part-Jewish Babyshambles rocker sang a Nazi anthem onstage … at a show in Germany. [YouTube]

Snoop Dogg lends his voice to a new automobile GPS system: “Flip a bitch and dodge the po-po, and keep that chronic and gat on the lo-lo.” [NME]

Hear Fugazi’s Ian Mackaye rant about his fans, “who are little MTV-generation pieces of shit,” moshing, scalpers, and much more … for 40 minutes straight.[Chunklet]

Confused about how to dance to Vampire Weekend’s afro-pop tunes? Let their intern show you how — including moves called the “slam” and the “pogo.” [IThinkURAContra]

Funny guy Zach Galifianakis is a straight man, but Rufus Wainwright makes him want to be gay. And this is why. [Daily Swarm]

First there was the Weezer snuggie. But now “The Blanket with Sleeves” is going gangsta — Snug Life! [Custom Snuggie]

Bono has come to the earth-shattering revelation that he’s paid more money than he deserves. [Ultimate-Guitar]