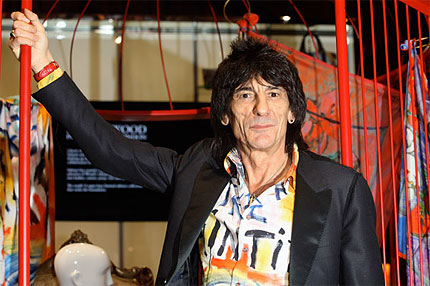 Wood, 62, was released Thursday morning on bail and will face further inquiries in January.

The arrest stems from an incident in Claygate, Surrey in Southern England, which allegedly occurred on Claygate High Street near the couple’s home.

“I can confirm that there was an incident last night and that Ronnie Wood was arrested,” said Wood’s spokesman, David Rigg. “He has since been released on police bail.”

Wood, who has spent several stints in alcohol rehab, recently split from his wife of 23 years, Jo, after she discovered his affair with Ivanova. This is the second public incident for Wood in recent months; last August, in a “totally wasted” stupor, he told off security at London’s Heathrow airport, The Daily Star, and, says Spinner, was subsequently reprimanded by Keith Richards, who told Wood to quit drinking or risk being excluded from the Stones’ upcoming touring plans.