Leaked track may be culled from Missy's first new album since 2005! Hear it now. 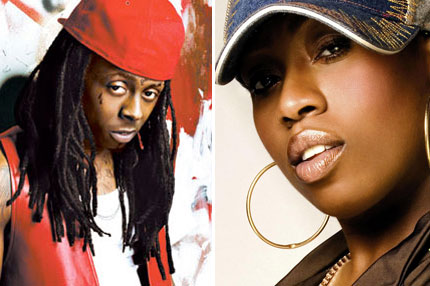 It’s been far too long since we’ve heard new material from one of hip-hop’s true originals, Missy Elliott. But Santa dropped a nice little gift down our collective chimneys this weekend when “All 4 U,” purportedly the first taste of Missy’s first album in half a decade, leaked. Listen below!

Lyrically dirty, and sonically sinister, too, “All 4 U” melds a Dr. Dre-esque keyboard tinkle with a subwoofer-friendly bass groove. “We gonna keep it sexy y’all,” Missy shouts as the beats kick in — and she’s not joking. “I don’t want your money money / I just want you up on me,” she coos in the first verse.

Later, Lil Wayne’s cameo gets even raunchier. First, Weezy raps, “I know whatchu lookin’ for / Got you butt naked in the condo,” and then drops a boast about fingernails and, well, that special part of a lady’s anatomy.

The track sounds a bit unfinished — the version we heard only contains one verse, one chorus, and Weezy’s cameo — but it’s a promising, if a bit tawdry return for Miss E. Her forthcoming/long-delayed album, Block Party, is expected in the first half of 2010.

What do you think of Missy’s new track? Tell us in the comments section.