Lily Allen Opens Up About Miscarriage

"[It was] the worst time of my life," the former SPIN cover star said her lost pregnancy in 2008. 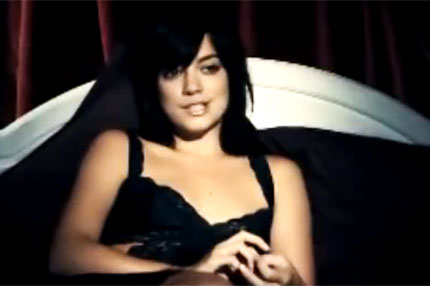 Brit poptart Lily Allen has opened up about her 2008 miscarriage in a new interview with England’s Grazia Daily, calling the lost pregnancy “the worst time of my life.” [Yahoo]

“I couldn’t even compute the emotions going through my head, but I was having to put out a press release about my miscarriage,” the 24-year-old said of the child she lost in 2008 with then-boyfriend Ed Simons, one-half of Brit electro duo the Chemical Brothers. “I had this public sympathy for about five days and then everyone was on my case again and I didn’t know what was happening to me.”

Adds Allen: “I just didn’t deal with it at all. I didn’t even start beginning to deal with it until the baby’s due date. Then it just hit me like a house collapsing. The week before the due date, all I wanted to do was talk about my baby but I also felt I shouldn’t. I was working non-stop and I had all this inside my head.”

Despite the lost pregnancy, Allen pushed on with a banner 2009: she revamped her sound with an excellent new album, It’s Not Me, It’s You, landed on the cover of SPIN, and even topped the charts around the world, with the album even landing in the No. 5 spot stateside.

“For me, the last 10 years have been unbelievable,” she said. “I started off really excited, then it all went horribly, horribly wrong. It’s not about being famous, it’s not about all the parties, it’s not about wanting to be the biggest pop star on the planet.”