"No voice could ever take the place of his," says the "Fly Away" rocker. 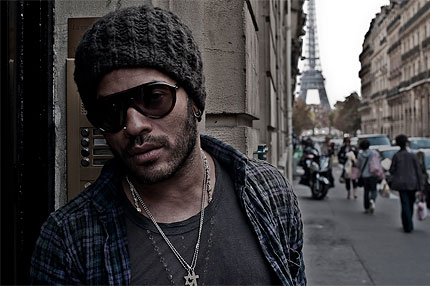 Aerosmith are searching for a new singer to replace Steven Tyler. But there’s one candidate that won’t be filling his skin-tight leather pants: Lenny Kravitz.

Since Tyler left the Boston group to focus on “brand Tyler” (which may include, according to the suspicions of several Aerosmith members, a return to drug use), rumors have identified Kravitz as a prime contender to join Joe Perry and Co., who are hiring another singer for their upcoming 40th anniversary tour. But yesterday, Kravitz addressed the rumors in a post to his Twitter account.

“As much as I am flattered that Aerosmith’s camp would consider me to front the band, Steven Tyler is a family friend, and no voice could ever take the place of his,” Kravitz wrote. “I hope the band stays together. They are classic.”

There you have it. Nix Kravitz from the list of potential replacements for Tyler. So, now that the pool is a little narrowed down, who do you think would be best to fill in for Tyler? Tell us in the comment section — and read SPIN’s suggestions here.