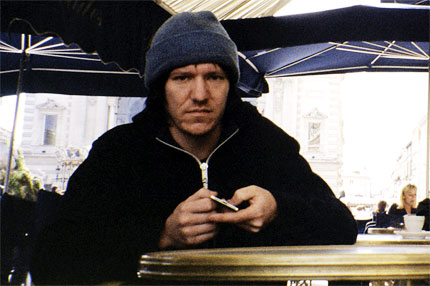 Like many music fans, we miss Elliott Smith. And “Cecilia/Amanda,” a previously unreleased song available to download below, makes us miss the late singer/songwriter even more.

The tune — originally written for Smith’s high school band, Stranger Than Fiction, and later recorded at Portland, OR’s Jackpot! Studio in 1997 — is a special treat from Kill Rock Stars, the label home of Smith’s independent releases. The seminal label will reissue 1994’s solo debut Roman Candle and 2004’s posthumous collection From a Basement on a Hill on April 6.

“Cecilia/Amanda” is exactly what fans have come to expect from Smith: somber acoustic guitars, piano flourishes, Beatles-esque songwriting and Nick Drake-like lyrical melancholy. “Every memory of you has been buried / Every memory that I unhappily know,” Smith sings in his hushed whimper.

Larry Crane, the archivist for Smith’s family, who originally recorded “Cecilia/Amanda” in ’97, and re-mastered both the reissues, was hoping to bring a new sound to the old albums.

“The intention that I had was to make the album more listenable,” Crane said in a statement. “I felt that a lot of the guitar ‘squeaks’ were jarring and very loud, and that many of the hard consonants and ‘S’ sounds were jarring and scratchy sounding. I felt by reducing these noises that the music would become more inviting and the sound would serve the songs better.”