The Portland, OR, buzz band play their catchy dance tunes for an intimate crowd of NYC concertgoers. See three songs! 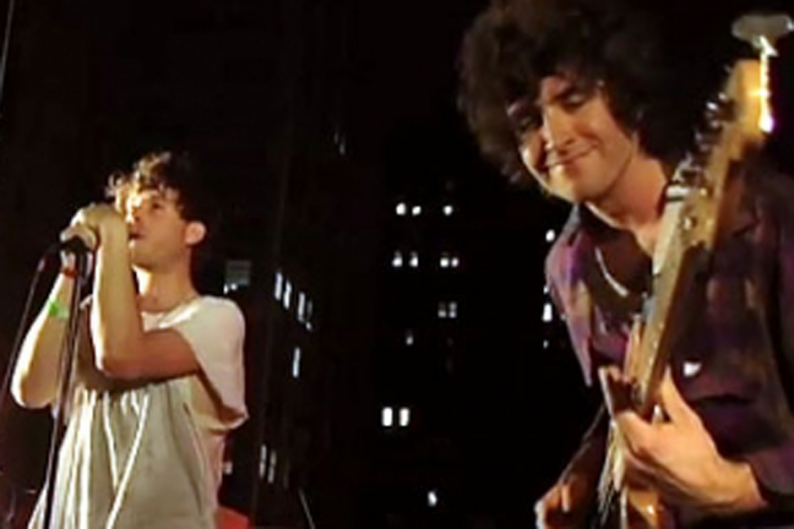 Portland, OR, foursome Hockey recently dropped by SPIN’s Manhattan offices for a rooftop set of tunes from their debut album, Mind Chaos.

The show — the latest edition in the SPINHouse Live series, sponsored by Newcastle Brown Ale and VTech — saw the band rip through the record’s highly danceable New Wave-tinged tracks, including “Work,” “Put the Game Down,” and “Too Fake.” Check out the videos below.

And read our review of the show here.

Also, check out footage of other SPINHouse Live concerts, including Brendan Benson, …Trail of the Dead, and Peter, Bjorn, and John.