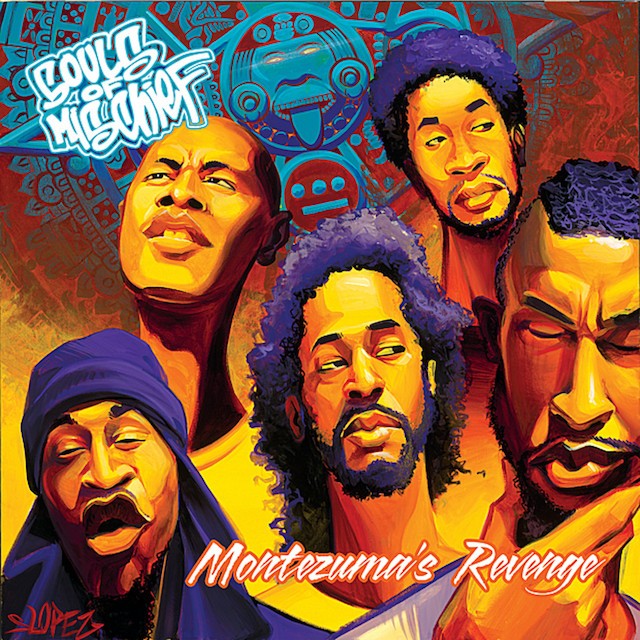 Older fans who grew up loving Souls of Mischief’s joyfully voluble ’93 ‘Til Infinity probably won’t have much patience for Montezuma’s Revenge’s plainspoken raps, even with Prince Paul behind the boards (the legendary mischief-making producer is decidedly restrained here). Nearly two decades after the Bay Area quartet’s debut, disillusioned backpackers are either force-feeding themselves Lil Wayne mix tapes or mourning hip-hop’s death like B-boy Chicken Littles. But there are plenty of small pleasures to be heard on the Souls’ fifth studio album, from the tipsy flows of “Home Game” to the buttery jazz vibes of “Tour Stories.”