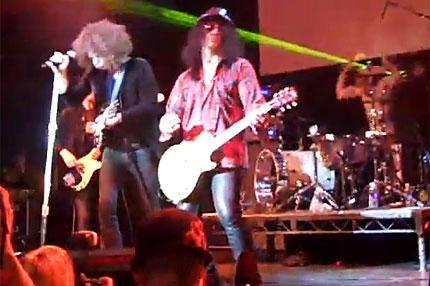 Sunday night at Hollywood’s Avalon, the rockers gathered for Slash & Friends, a gig benefiting the Los Angeles Youth Network, and ripped through the new Slash song “By the Sword,” a Black Sabbath-meets-’90s-alt-rock rocker with Stockdale on lead vocals.

While Slash and Co. rocked out onstage, even more music stars watched on, including Ozzy, Linkin Park’s Chester Bennington, and Billy Idol, who all made appearances onstage throughout the night, as well.