The pop singer discusses details of her abusive relationship. "It can happen to anyone," she says. 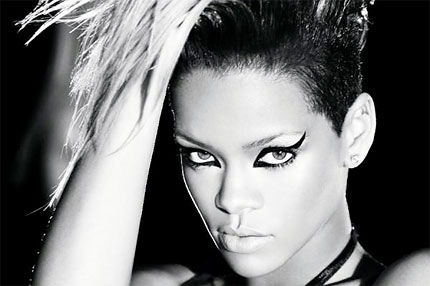 Rihanna is breaking her silence. For the first time, she will speak on camera about her assault by R&B singer Chris Brown. The interview will air on ABC during Thursday and Friday’s Good Morning America at 7 A.M. and Friday’s 20/20 at 10 P.M.

In excerpts of the interview with Diane Sawyer posted on ABC’s website, Rihanna says she was especially hurt by the situation because Brown was “definitely my first love.” After word had spread about the attack, she says her life was magnified like never before.

The 21 year-old singer also opened up to Glamour Magazine (via MTV) for their December issue, lamenting the overwhelming media coverage that followed her assault. “I went to bed as Rihanna and woke up as Britney Spears,” she says. “It was like, ‘What, there are helicopters circling my house? There are 100 people in my cul-de-sac? What do you mean, I can’t go back home?'”

But she has managed to find the good in a situation that was both painful and embarrassing. “The positive thing that has come out of my situation is that people can learn from that,” she says in the magazine’s Women of the Year issue, out Nov. 10. “I want to give as much insight as I can to young women, because I feel like I represent a voice that really isn’t heard. Now I can help speak for those women.”

While her interviews continue to be revealing, new material from the pop diva’s Nov. 23 release Rated R has only vaguely alluded to her emotional state following the incident. Check out the dark and mysterious “Russian Roulette” and the recently leaked “Wait Your Turn.”