Q&A: Inside the ‘New Moon’ Soundtrack

Meet the mastermind behind the No. 1 album, along with Gossip Girl and other TV soundtracks. 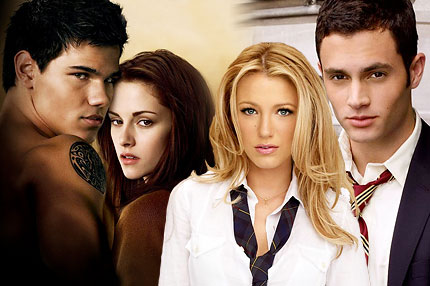 Music supervisor for hit TV shows including Gossip Girl, Grey’s Anatomy, and Mad Men — along with the Twilight movie series — Alexandra Patsavas has quietly made herself one of the most influential figures in the industry, helping to break new bands and shape the aesthetics of popular drama.

With the indie-all-star New Moon soundtrack currently the No. 1 album in the country, Patsavas talked to SPIN.com about how the project came together, what makes for a good soundtrack moment, and which new bands you should watch out for.

How you go about something like New Moon, which features original songs from so many artists who don’t often appear in projects this high-profile?
The work starts as soon as the script is finished and distributed. Chris Weitz, the director, had a very specific point of view about how he wanted the music to feel. There’s a lot of separation and longing and loss in the movie; the bands and lyrics and sound and arrangements had to reflect that. Some folks, like Lykke Li, the Killers, Grizzly Bear, OK Go, and Anya Marina all came into the cutting room and sat with Chris to watch the movie and talk about their contributions. Other tracks were submitted with the movie in mind. I think it’s very difficult to succeed without any context.

A lot of people were surprised by Thom Yorke’s inclusion. How did that come about?
A Radiohead song [“15 Step”] played over the end titles of Twilight, so we had a relationship. I believe this is the first soundtrack he’s been on in a long time, so that’s exciting. A lot of bands were interested in submitting great material, which helps a lot.

It does seem like music that the characters would actually listen to, which is certainly not always the case in soundtrack tie-ins.
I think the music has to be inspired by the characters’ lives, but it’s not always just used as source material-it’s used to score as well. Chris used the Bon Iver/St. Vincent track [“Rosyln”] and Thom Yorke track [“Hearing Damage”] in spots that would have traditionally been scored. I grew up in Chicago in the ’70s and ’80s, so those John Hughes movies were important to me. He created a world but also cleverly introduced mainstream kids to non-mainstream kids.

What are some of your favorite music-related movie or TV moments?
Just to give you a John Hughes example, the end of Ferris Bueller’s Day Off [“Oh Yeah” by Yello]-genius. Hughes helped make me be adventurous. The final scene in Six Feet Under [“Breathe Me” by Sia], certainly-it was such a life-changing moment and my colleagues Gary Calamar and Thomas Golubic did such an amazing job with that show. I loved the Gossip Girl pilot, there’s a great mix of pop and rock bands from New York. I’m really proud of the on-cameras.

On-cameras?
On Gossip Girl, the first ten episodes have included four on-camera performances: Sonic Youth re-recorded “Starpower” to fit a wedding scene and Thurston Moore and Jemina Pearl did the Ramones’ “Sheena Is a Punk Rocker.” That kind of stuff is really gratifying. Lady Gaga is upcoming playing a new song.

Is it sometimes tricky finding ways to incorporate performances like that into the show?
That’s the producers’ job-when it’s scripted, we get the call and start to work on it. We’re not leading the story.

What bands have you been listening to lately?
I like the new Air, David Guetta, Magic Bullets, Florence and the Machines, Fanfarlo, the Middle East.

Is it hard for you to separate a band you just enjoy listening to from one that you think could work for a specific scene in one of your projects?
Yeah, definitely. I listen to music two ways: As a person, you have an instinctive, personal, emotional response. But as a music supervisor, you have a secondary response, which is, “Will this sit well under dialogue?” “Can people die to this?” “Can people kiss to this?”