"[It's a] light, haunting, simple score with a sense of absence and loss at its heart," says the Aussie renaissance man. 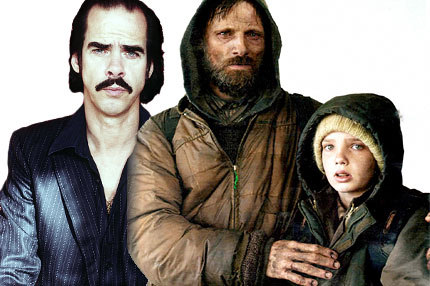 Nick Cave loves music, books, and movies — he’s released a steady stream of albums over more than 30 years, written numerous novels (his latest, The Death of Bunny Munro, dropped in September), and scored over a dozen films, including 2005’s The Proposition.

With his latest project, he combined all three loves, scoring the soundtrack to the film adaptation of No Country for Old Men author Cormac McCarthy’s Pulitzer Prize-winning novel The Road.

And now that soundtrack has a release date: The Road drops November 23 digitally and January 12 as a physical CD via Mute Records.

John Hillcoat directed the film, which stars Viggo Mortensen and Charlize Theron, and chronicles the journey of a widower and his son after most life on earth is destroyed by an unnamed cataclysm.

Cave captured the film’s feeling in song. “The movie is about the loss of things, the absence of things, the lack of things,” he says. “The lack of the wife/mother is present in every frame of the film. The delicate edifice of the film holds the ache of her absence, tenderly and by the tips of the fingers. The music was composed as a direct response to the film. A light, haunting, simple score with a sense of absence and loss at its heart.”

The Road hits theatres November 25. Watch the trailer below, and to hear a preview of the soundtrack, visit BBC.