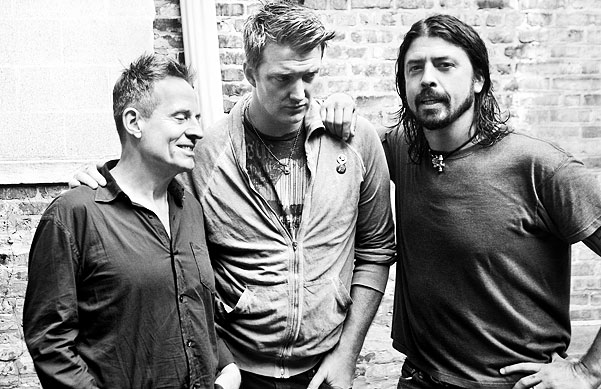 All-star rockers Them Crooked Vultures — featuring Foo Fighter Dave Grohl on drums, Queen of the Stone Age’s Josh Homme on guitar and vocals, and Led Zeppelin’s John Paul Jones on bass — have posted a YouTube stream of their 13-track, self-titled debut album one week before its November 17 release. Hear it all below!

Prior to today, only “New Fang” had been available for streaming via the band’s MySpace.

Fans also got a taste of TCV’s new tunes in-person, starting with their live debut in Chicago back in August; live versions of “Dead End Friends” and “Nobody Loves Me and Neither Do I” surfaced on YouTube around that time. The band’s full U.S. tour kicked off Oct. 1 in Austin, Texas.

Take a listen and tell us what you think in the comments section below!